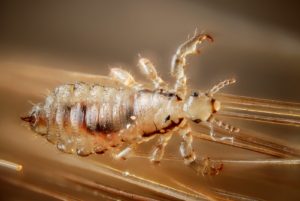 It is a battle for many people to get rid of head lice on their own!  Many moms come to Lice Ladies in tears and exhaustion after trying for days or weeks to get rid of these pests.

Moms ARE NOT doing anything wrong…. it’s just that pesticide products really do NOT work anymore!

Many parents turn to popular over-the-counter treatments which contain pyrethrin or permethrin. These chemicals are not the best choices.

“Those active ingredients tend not to work anymore because the lice have become resistant to them,” said Consumer Reports’ Michael Hansen.

The safest and most effective method to get rid of human head lice is to comb out the bugs and eggs.  Studies have shown that pediculosis capitis, human head lice, are becoming more and more resistant to pesticides which now even include the prescriptions.

In California, there was a lawsuit against some of the companies that produce and manufacture some of the over-the-counter pesticide based products based on the fact that they “don’t work” and the marketing on the boxes states “kills lice and their eggs” ….”in a single application” which is not true.  The lawsuit was based on false warranties by these manufacturers and misleading ads.

Some parents apply mayonnaise or olive oil on the heads of their children.  This can smother the adult lice but does nothing to kill the eggs.  There have been reported cases of parents so desperate that children have been severely burned by parents using gasoline on their scalps…or agricultural insecticide which can cause respiratory arrest.

In our clinics we have been witness to children that have been treated at home with kerosene which produced second degree burns on the scalp.  I had to insist that the child receive medical attention for the burns before we felt comfortable to safely treat the child.

It is said that it only takes 3-5 years for these pesky bugs to become resistant to a new insecticide product.

What is so scary about putting pesticides on a human head?  Well we invite these pesticides into our own bloodstream when we do this.  They can begin to attack our central nervous system…in effect poisoning the human…not just the pesky louse.

So, it is down to good old-fashioned combing….and we have the skill, the compassion and the know-how to get rid of head lice at Lice Ladies SAFELY and EFFECTIVELY! 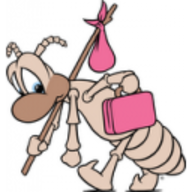